Welcome to the Wiki

Welcome to this Wiki, I'm not good at greetings, I'll just end it here.

When the Old Bionicle Roleplay on Lego.com was closed following the theme's retirement, long time users needed a place to store the wealth of characters and stories that had been created in the roleplay. This wiki serves to fill that role. It is our hope that by preserving both our own, and past user's, creativity we may encourage a new generation into an appreciation of the Bionicle world. May the legend continue!

This Wiki is about The Old Bio RP, there will be descriptions of every character, location, and piece of tech. The story will be covered in-depth.

(To nominate an article go here.) 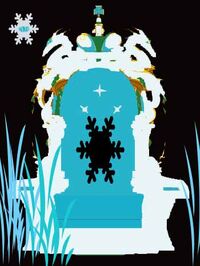 The Seat of Chagrin became a relevant force during Makuta Charix's army building period. While the organization existed before this time, it was of little consequence, existing only to maintain and protect Charix's fortifications on the Telanterent Islands. As Charix's army neared completion, it became apparent that a group of officers, scientists, engineers, and commanders needed to be trained and that a chain of command needed to be established in order to effectively direct, grow, and invest in the army. Beginning with Zakaz, the Seat of Chagrin began appointing particularly accomplished Visorak to positions of power throughout Charix's army. As Charix became more involved in the politics of the Brother-Hood, the Seat of Chagrin began taking over more and more of the day-to-day operation of the army, both supervising the various appointed commanders and officers and overseeing and funding all major technology research.

Wikis for other roleplays located on Gen1RP.

The Next Chapter RP: http://bioniclencrp.wikia.com/wiki/BIONICLE-Next_Chapter_Roleplay_Wikia

Retrieved from "https://old-bionicle-roleplay.fandom.com/wiki/Old_Bionicle_Roleplay_Wikia?oldid=2319"
Community content is available under CC-BY-SA unless otherwise noted.